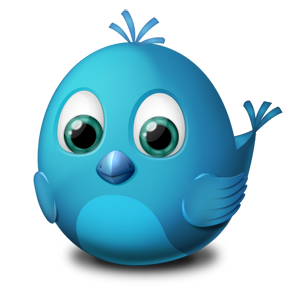 On the Twitter Web site “following” someone means you will see their tweets (Twitter updates) in your personal timeline. Twitter lets you see who you follow and also who is following you. Followers are people who receive other people’s Twitter updates. Twitter is a social networking site that allows you to keep people updated about the things that matter to you. The site allows you to set up a profile, and it allows other people to express an interest in receiving these updates. Every user of Twitter is a “follower” of at least one other person.

The Twitter interface contains a box within which you can post updates and a section to the right of this where you can see the statistics relevant to your account. Below the box is a list of messages known as “tweets.” This list is known as a “feed,” and it allows you to see all of the tweets that people you are following have made. To the right of this is an “@Mentions” entry. Clicking this will show you who has mentioned your Twitter username specifically in one of their tweets.
What “Following” is

The act of “following” someone on Twitter means that you are opting in to receiving their updates. If someone is following you that means that they have opted in to receive your own updates. You follow someone simply by clicking their username and then clicking the “Follow” button. Twitter places the limit of how many people you can follow at 2000, but may allow you to follow more than that if you yourself are followed by many people.
Your Twitter Statistics

The statistics that Twitter shows you when you log in are simply the number of people that you are following on the left-hand side, and the number of people following you on the right-hand side. Both the “Following” and “Followers” entries are clickable links and will show you whose updates you are receiving and who is receiving your updates respectively. Above these statistics is an entry entitled “Your Tweets.” Clicking this link will show you the tweets that you have made in the past, in chronological order.